For more than twenty years, I performed and recorded music variously called celtic, traditional folk, world fusion, or new age, playing piano and keyboards. Here is information about my recordings, as well as a link to sheet music for my tunes. Most of this music can be heard online. 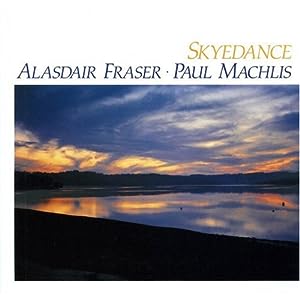 Skyedance, issued in 1986, was my first recording with the Scottish fiddler Alasdair Fraser, and it features traditional music from the west coast of Scotland. The Boston Globe wrote: "An exceptionally rich album of Scottish music. Alasdair Fraser wrings torrents of emotion from each note and every bow stroke. Ever-widening panoramic vistas open up with Machlis's creative piano and synth accompaniment. Outstanding musicianship, arrangements and production combine to make this a gorgeous album of contemplative and soul stirring music."

The Road North, released in 1989, includes eight compositions by Alasdair and me and features guest performances by percussionist Tommy Hayes, bass player Glen Moore, and the late guitarist Micheal O'Domhnaill. "Fraser's fiddle playing, rich in ornamental twists and turns, is juxtaposed against the strikingly contemporary settings created by Machlis's piano and synthesizer. The results are fascinating -- a convincing interface between old and new" (Los Angeles Times). "The Road North has a timeless quality that taps into a rich musical heritage and combines it with contemporary improvisation" (Milwaukee Weekly). 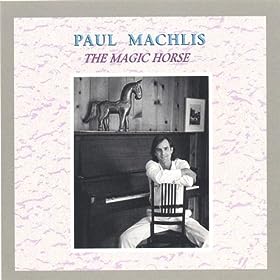 In The Bright Field, issued in 1995, I wanted to get some of the classical sound of a piano trio (Alasdair Fraser on fiddle and Barry Phillips on cello) with Celtic-based material (with William Coulter on guitar). There are three traditional tunes and nine of my own. Among reviewer comments: "Evocative, fluid, warm, choose an adjective ... a joy to listen to" (Galway Edge); "A beautifully expressive and emotional album...a powerful work. Spellbinding compositions combined with the artists' virtuosity make this an indispensable addition to your collection" (Dirty Linen); "A richly compelling collection" (Rock'n reel); "A near flawless album .. the overall effect of this moving and diverse music is quite simply beautiful" (Pulse, Australia).

Back in Time, issued in 1995, is an album conceived over a period of years, as Karen Guggenheim and I explored the matching of piano with the distinctive Bulgarian bagpipe called the gaida in a repertoire of traditional balkan dance tunes, with percussion. Sing Out wrote: "Tone quality is superb and the arrangements are tastefully done. The members of Maritsa work well together to produce a seamless fusion which sounds both traditional and contemporary at the same time. Highly recommended."

For years I enjoyed playing for contra-dances with the Moving Cloud Orchestra (with Paul Kotapish on mandolin and Sara Hiebert on fiddle). This 1993 recording captured some of the group's lovely and distinctive repertoire in one evening, as well as much of the spontaneous fun that happens in a contra-dance evening. 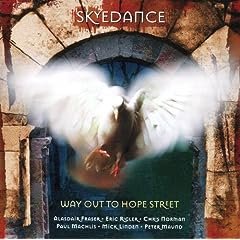 The Skyedance band's first album, Way Out to Hope Street (1997), includes original tunes by Alasdair Fraser on fiddle, Chris Norman on flute, Eric Rigler on bagpipes, Mick Linden on bass, Peter Maund on percussion, and me on keyboards. "If you want to hear progressive Celtic music at its finest, look no further; instrumental music doesn't get any better than this" (Alternate Music Press). "The sound of expertise - a sound to behold ... fiddle, pipes, flute and bass working tightly together, with lyrical rippling piano and the most considerate and imaginative of percussionists" (Glasgow Herald). "A pinnacle that has not been attained in any attempts of the past ten years to haul traditional music into a meaningful relationship with other forms" (The Scotsman). "So well-crafted that it exudes quality from every musical passage" (Sing Out).

Greenwoods, issued in 1998, is an album of "poignant and introspective pieces with a Celtic flavor" hosting Eric Rigler's whistle and pipes, Barry and Shelley Phillips on cello and winds, and other supporting musicians in tunes of mine. One reviewer wrote: "If you love piano........ and if you love celtic music.....this one is a keeper. It has been my most played CD for the past year and will always remain one of my favorites." 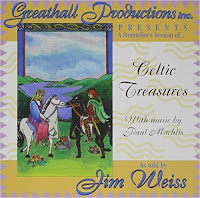 Years ago I discovered the marvelous recordings of storyteller Jim Weiss, and my daughter Kalina grew up listening to his renditions of folk tales, literary classics, and other works. Celtic Treasures (2000), on Jim's own Greathall label, includes a wonderful selection of ancient Irish tales, with solo piano renditions of traditional Irish and Scottish tunes. One reviewer wrote: "Weiss changes his voice for each character, but allows the stories to reveal themselves without excess fluff and bother. Gentle Celtic music by Paul Machlis provides a lovely interlude between each section. Listeners are literally carried away to a time that may have existed only in the imagination of the bards, but which lives on today in an oral tradition that will not let it die. This wonderful production will captivate both adults and children."

Labyrinth, the Skyedance band's second album (2000), contains twelve original compositions that explore varied sources of inspiration -- Celtic, Middle-Eastern, and popular music. Billboard magazine, calling it a Critic's Choice, said "Skyedance weaves lush instrumentals with uilleann and Highland bagpipes, wooden flutes, and keyboards wrapping around each other like a Celtic knot in motion. Fraser's fiddle ties it all together, bending in gypsy seduction one moment and flickering pyrotechnics the next. Playing all original music, Skyedance taps into a rich melodic vein. With Nightnoise dormant, Skyedance steps up as an important, all-instrumental Celtic band." "Alasdair Fraser, and his trusty ensemble, have produced yet another amazing album of virtuoso music. Skyedance is a group that excels with talent, warmth and joy. They play together as if they are speaking to each other, with a combination of affection and aggression. Full of contemporary style and romanticism, they are unique and original in their approach to arrangements of original as well as traditional compositions. It is stunning to hear a group of such caliber. The recording itself is highlighted by an extreme spectral clarity and separation of instruments. It is very much as if you were sitting with the ensemble around you" (Alternate Music Press).

When Skyedance last toured in Spain it invited an illustrious array of Spanish musicians -- including midi-bagpipe marvel and Latin Grammy nominee Hevia, Galician singer Mercedes Peón and the ebullient Basque accordionist Kepa Junkera -- to join us on stage. Skyedance Live in Spain (2001) captures the band and our guests in joyous and soulful performances of traditional and original music. "This is top-flight concert music, magical in its shadings, its emotional complexity and in its multicultural interweavings" (Sacramento News). "Skyedance Live in Spain is one of the best and most exciting inter-Celtic musical collaborations ever! Top-notch artistry and . . . a variety of tunes that range from the fiercely passionate to down right exciting" (Celtic Beat). 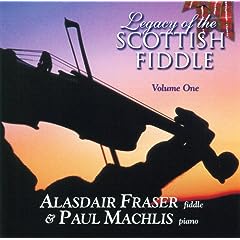 In Legacy of the Scottish Fiddle, volume 1 (2001), Alasdair and I presented some of our favorite melodies from the 18th and 19th century composers of traditional Scottish music. With cello and bass on some cuts, but primarily just the fiddle and piano, this was our most traditional offering, with heartfelt airs, vigorous strathspeys, and a good selection of lively reels and jigs. "An object lesson in just how spellbinding a simple fiddle and piano combo can be...a truly goregous album that justifiably falls into the mandatory purchase category" (Folk Roots). "Traditional music for the 21st century, showing that the music is still a living and breathing form that's still as valid today as it was when it was first performed and in no need of artificial enhancements. This is a true modern classic" (Dirty Linen). "A must for all interested in Scottish music, quite stunning" (Fiddle On Magazine). "Fraser is certainly a connoisseur's choice of fiddler. His expressive and technical range, allied to an intense, minutely calibrated empathy with his material, is nothing short of breathtaking, tempering extravagant gusto with hair-trigger control, tremendous muscular drive and lift with featherlight delicacy of phrasing, lavishly unabashed emotionalism with filigree ornamentation. Though his is more of a back-seat role, Machlis displays comparable finese, lending extra weight, breadth and play of colour to the music with a beautifully sure and imaginative touch" (Songlines).


The following albums of other artists include my piano and synethesizer contributions: